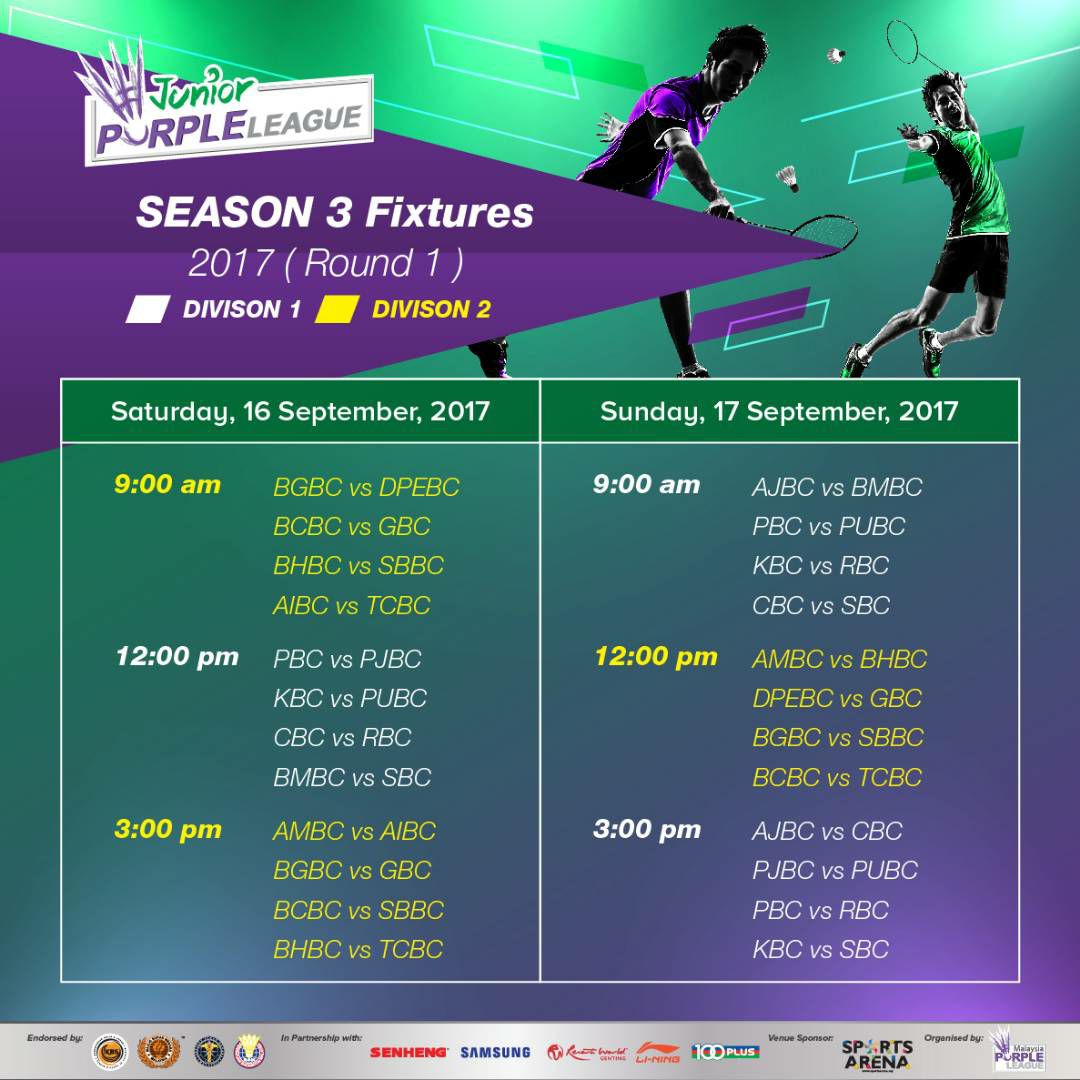 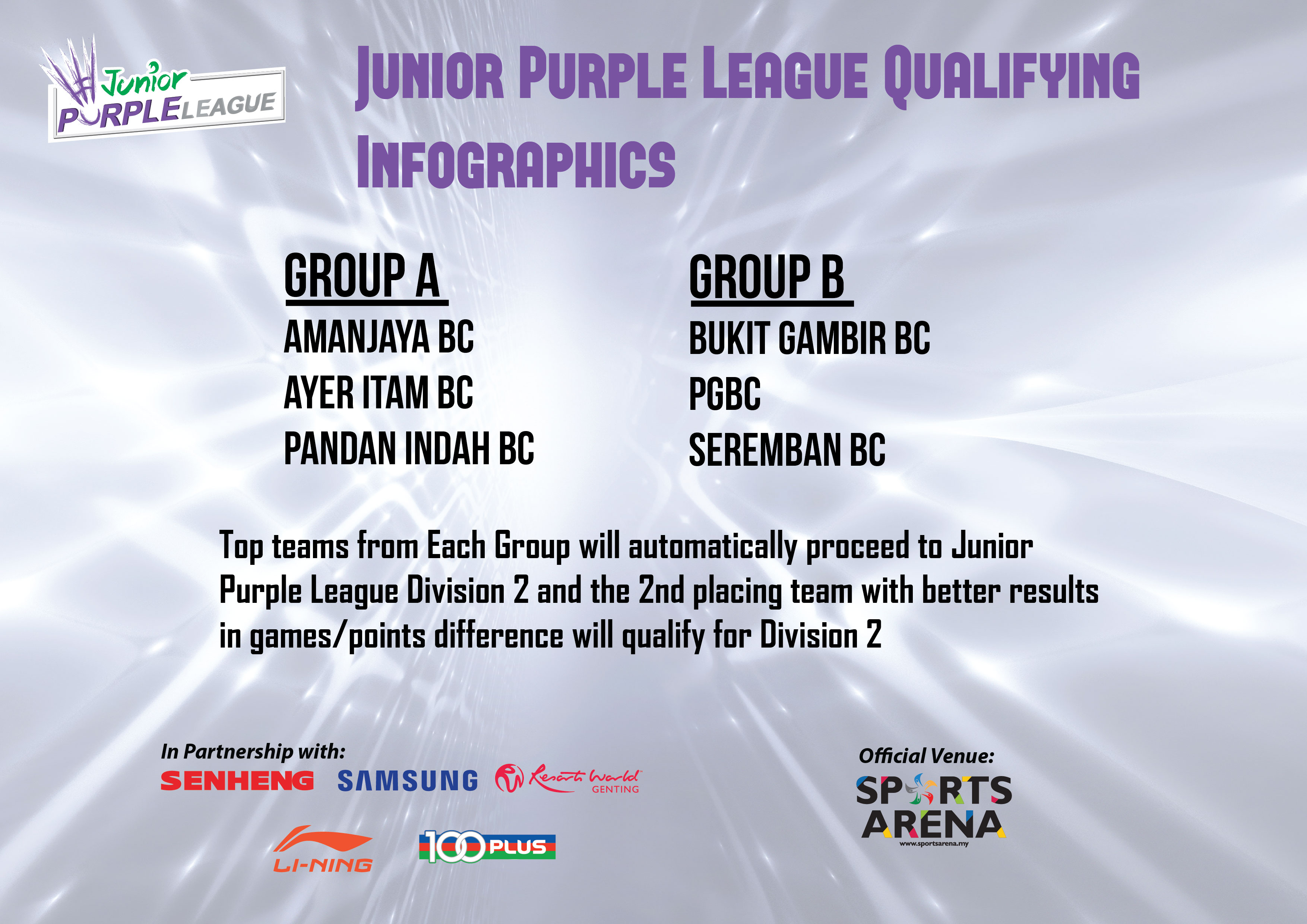 Young Malaysian players are pitted not merely against one another but also against their peers from around the world.  With the exposure to competitive badminton at the highest level, up and coming players are challenged to perform under pressure, to progress and to evolve, raising their own level of play. Such invaluable experience is designed to propel junior players to the forefront of world-class badminton in a seamless transition.

The event runs from 24 September to 16 October 2016 and matches will be scheduled over three weekends in Penang, Cyberjaya and Ampang Jaya.  Matches are based on a league system with five sets of 11 points each. Over 300 local and international junior players from 19 clubs, 10 in Division 1 and 9 in Division 2, will be competing in single round robin matches for championship titles in their respective divisions.

The Junior Purple League assumes an important complementary role that dovetails into the Purple League. By setting a solid foundation, these initiatives are tailored to concurrently elevate the quality of badminton in the country and to produce a new era of champions.

The Junior Champions Challenge (JCC) is an extension of the Junior Purple League and presents a totally different competitive environment to test the mettle of young players. It’s a knockout system of winner takes all and this competition format demands total physical and mental focus in a single match for victory.

Creating opportunities for players to compete under varying conditions is an important component in developing badminton talent with the experience, confidence and composure to perform under pressure. Training can only equip a player with the skill sets and it’s the ability to face and overcome an opponent in a competitive arena that allows a player to acquire the competition savvy to excel.

The Junior Champions Challenge, which takes place in Sports Arena @ Bukit Serdang from 20 October to 23 October 2016, will feature the 19 JPL teams as well as a few new teams to be introduced to the JCC, competing in a knockout format.  With everything on the line in any given match, players must bring their best game or risk elimination.

In tandem with the Junior Purple League, the Junior Champions Challenge is part of the dynamic effort to cultivate new talent and promote the sport through exposure to competition at the highest level for a new generation of potential champions. 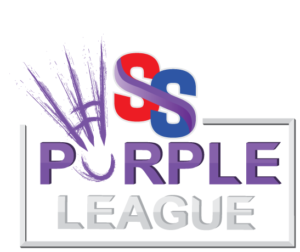 As the premier badminton league in the country, the Purple League (PL)  provides the perfect arena for the country’s elite to go head-to-head with top players from around the world.  It serves as a platform for young talent to access world-class competition in a local environment. Now entering its third year, the League uniquely unites clubs, players, fans and sponsors with a shared passion for the sport, and attracts many of the biggest international names in competitive badminton.

The League will be open to players aged 19-36 or any player who has a BWF ranking of 150 or better as of August 2016. Utilizing a unique and exciting format, teams compete in the round robin league to top the league points table in a tactical race to take the coveted championship.

The Purple League fosters a community to promote, nurture, and develop young talent.  By bringing back badminton greats from different eras, with the likes of Razif and Rashid Sidek, Foo Kok Keong and Yap Kim Hock, to contribute to the sport by staying engaged, the League harnesses their experience and expertise to inspire young hearts and minds with their love of the game.  Apart from raising the profile of badminton, it is also an avenue for team managers to showcase their tactical prowess in grooming a new generation of badminton players with the ultimate aim of helping Malaysia in capturing an Olympic Gold medal. 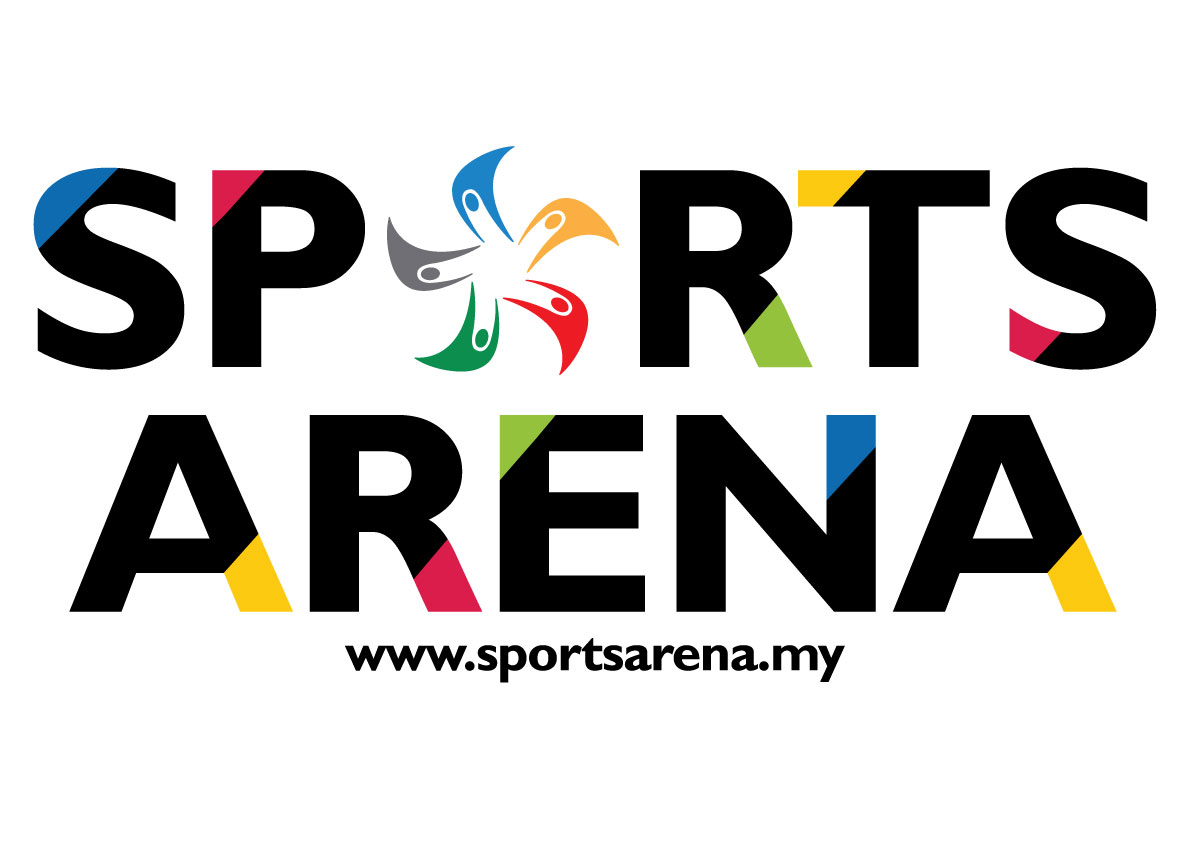