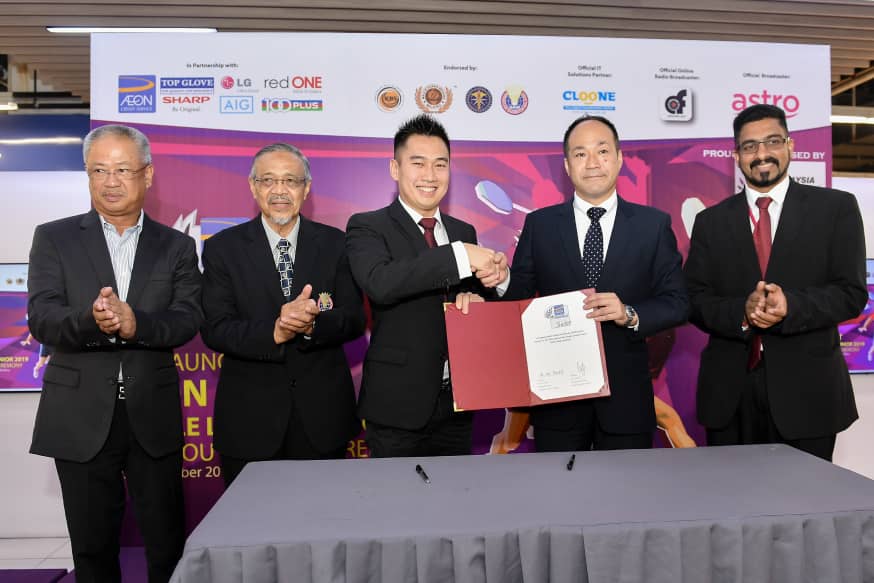 KUALA LUMPUR (3 SEPTEMBER 2019): It is a known fact that we are living in a digital world these days where almost everything is simply a click away. Human interaction and outdoor activities are slowly becoming redundant especially among the younger generation with the emergence of social media and eSports making it increasingly difficult to motivate and sustain a healthy society.

The junior badminton league which is entering its fifth edition, is seen as a springboard for our nation’s emerging players to hone and polish their skills against some of the world’s best players from the same age group.

It is also considered as a perfect avenue for scouts and coaches to identify players with the potential to be world class in addition to being aligned with AEON Credit’s social development cause of encouraging healthier lifestyles among the community.

After emphasizing the importance of the growth of junior talent this year, the ACPLJ2019 will take centre stage from MPL’s showpiece event, the Purple League (PL) as it (PL) takes a break to give professional players the opportunity to gain vital world ranking points to qualify for next year’s Tokyo 2020 Olympics.

Fans can also anticipate witnessing the emergence of future world beaters and hope they follow in the footsteps of the likes of Goh Jin Wei, Lee Zii Jia and the other national players who have graced this tournament during the early stages of their playing careers.

“We at AEON are thrilled to have this opportunity to come onboard as MPL’s strategic partner and provide a beneficial platform for the young ones to unleash their talents,” said Mr. Yuro Kisaka, Managing Director of AEON Credit during the launch of the ACPLJ2019 earlier today.

A Memorandum of Understanding (MoU) was signed between AEON Credit and MPL to seal a long term commitment of both parties towards the shared goals of developing emerging talented badminton players in Malaysia.

Last season’s Division 1 champions, Bukit Cheras BC will be back to defend their title against the usual suspects like Ampang Jaya BC, Petaling BC, Rawang BC alongside newly promoted Amanjaya BC and Kuantan Synergy BC.Mr. Yuro also explained the importance of nurturing talent and promoting healthy living for our younger generation. He added: “Young talent is a valuable resource in any industry, one that needs to be nurtured and developed so that all of society can benefit. We believe that through the AEON Credit Purple League Junior, we are able to help the young ones to unlock their potentials and give them a head-start in their badminton profession.”

The ACPLJ2019 will also feature a third division for the very first time due to the overwhelming response which will see six new teams battle it out to be among the more experienced and established teams in the two higher divisions.

Dato’ Jack Koh, Chief Executive Officer of Malaysia Purple League said: “Over the years, we have been receiving numerous requests to increase the PLJ slots and we feel the time is right to share this platform with the youngsters with potential to strut their skills. With the emergence of new teams and a new division, it will provide scouts and coaches a bigger pool to choose from.”

He added: “After six years of actively lobbying for the development of badminton (in the country) and introducing innovative ways of making it more entertaining for the fans through the Purple League, I am glad that there is a notable increase in awareness and interest from private as well as government sectors to support our efforts.”

“Even the Youth & Sports Ministry has come out to acknowledge the importance of these private entities towards the development of badminton and welcomes new partners to join forces in reviving our hopes of reaching the peak.”

The ACPLJ2019 will kick off with its first leg this weekend on September 7th & 8th at Sports Arena Falim, Ipoh and will carry on through alternate weekends until the final leg on October 19th & 20th at Sports Arena Sentosa.

Sourced by: The Independent