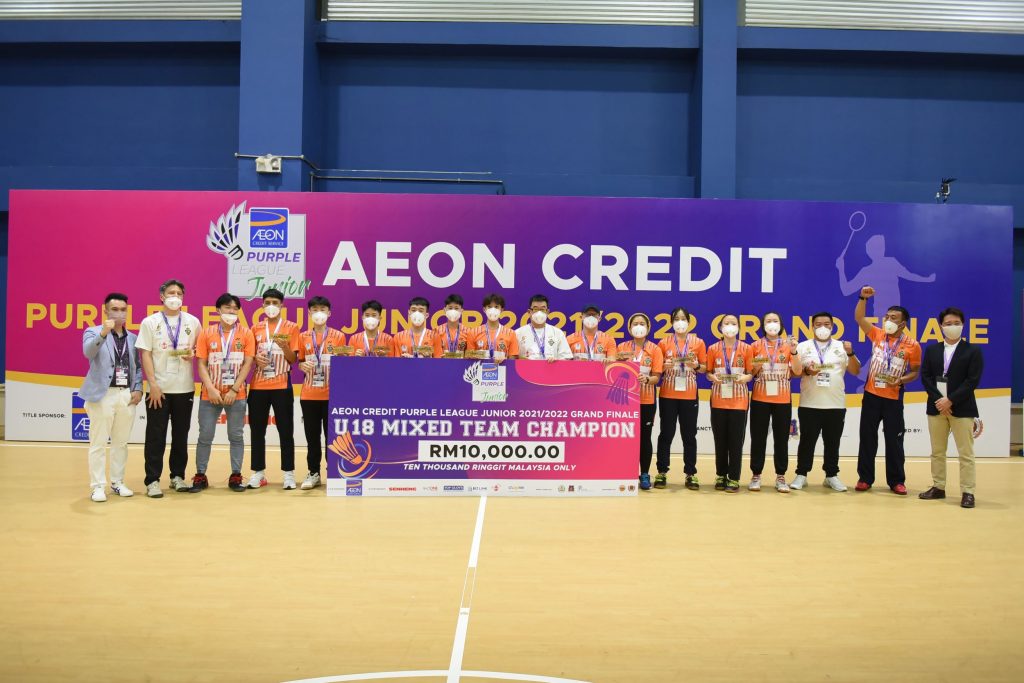 CYBERJAYA (20 FEBRUARY 2022): Kajang United BC players hit purple patch and clinched the AEON Credit Purple League Junior 2021/2022 (ACPLJ) title by securing the most points overall (176-122) during the grand finale of the tournament today in Cyberjaya.

Kajang United BC’s mixed doubles pair of Chua Jin Yang – Dylyvya Saha did not have to lift their rackets in the first game after being awarded a walkover by Ayer Hitam BC.

However, lady luck was on Kajang United BC side as they earned another walkover when Ayer Hitam pulled out of the final game.

Kajang United BC’s head coach Fung Seng was ecstatic with his team’s performance and glad that their hard work has paid off. According to Fung Seng “We have been preparing for this tournament since last year and I am glad that the players have shown resilience despite the ongoing Covid-19 pandemic. They have been training hard and I can see how much this win means to them”.

He added “I would also like to express my gratitude towards the Malaysia Purple League (MPL) for organising this tournament as it allows young shuttlers in our country to sharpen their skills. We hope that more competitive platforms like the ACPLJ will be organised in the future”

On the other hand, sharing the honours with Kajang United BC was Perling BC who made short work of Butterworth BC (10-7) to clinch the Under 15 title.

A total of 38 teams participated in the AEON Credit Purple League Junior 2021/2022 this year and the grand finale was held today at the House of Champions, Gem in Mall in Cyberjaya. 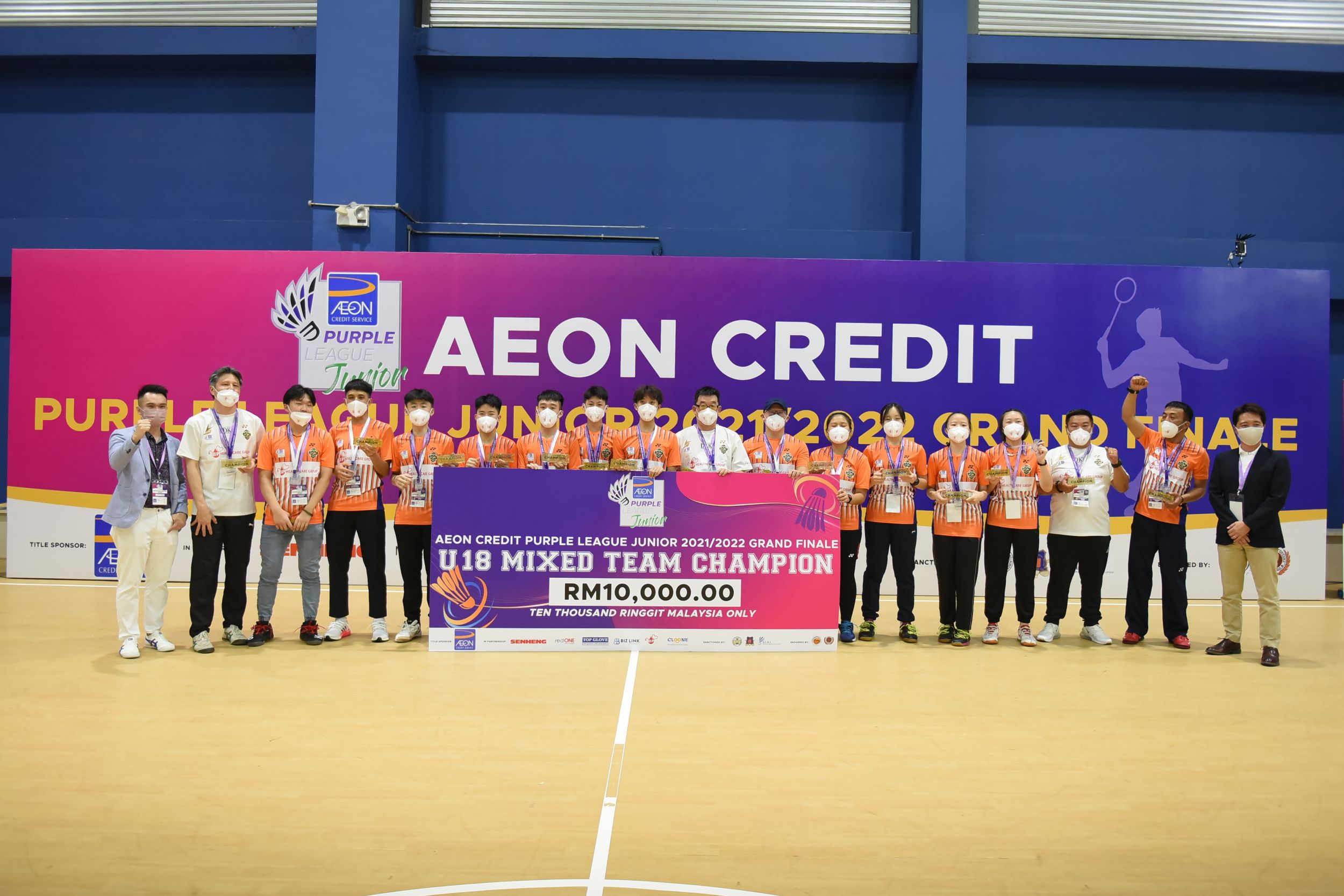 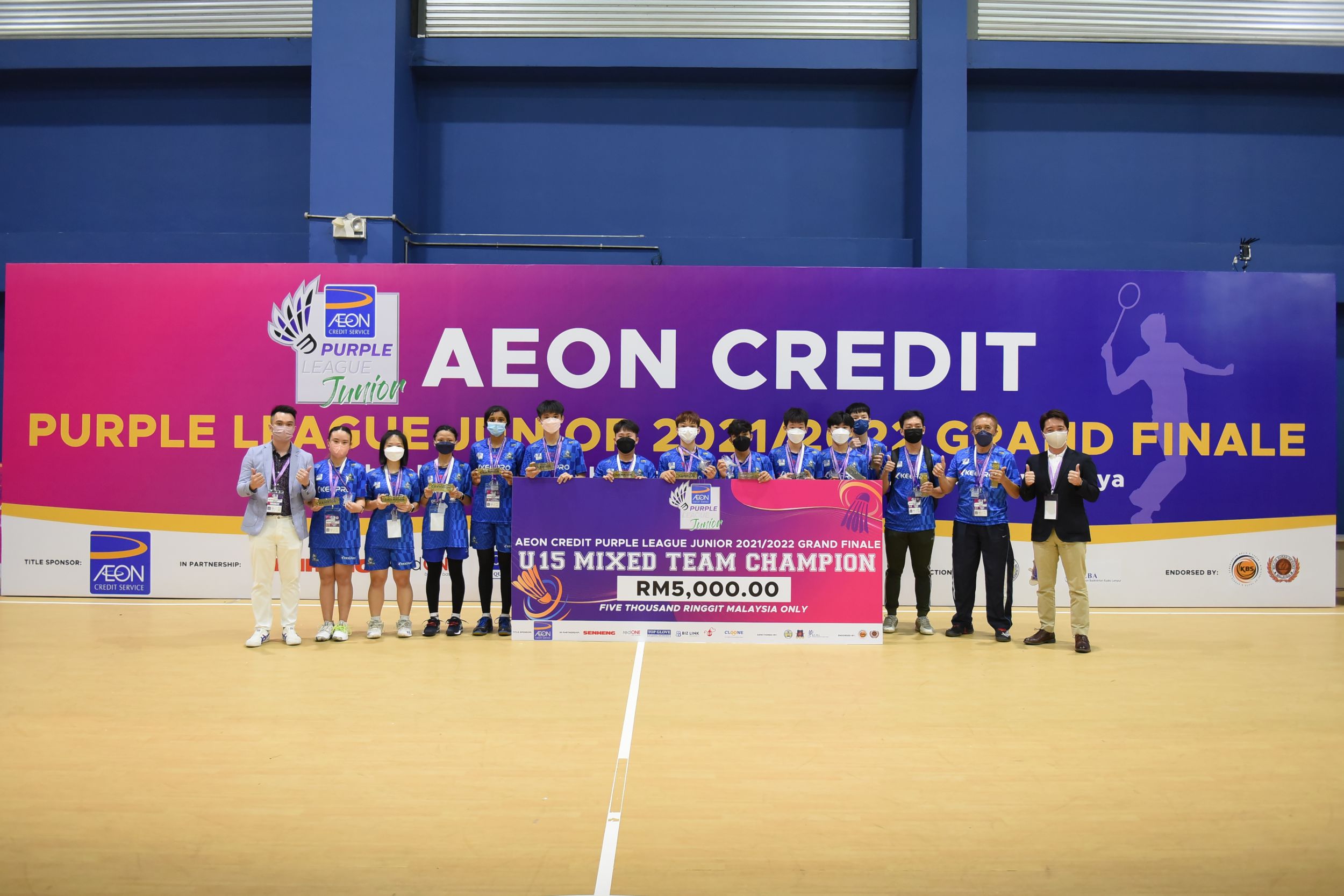