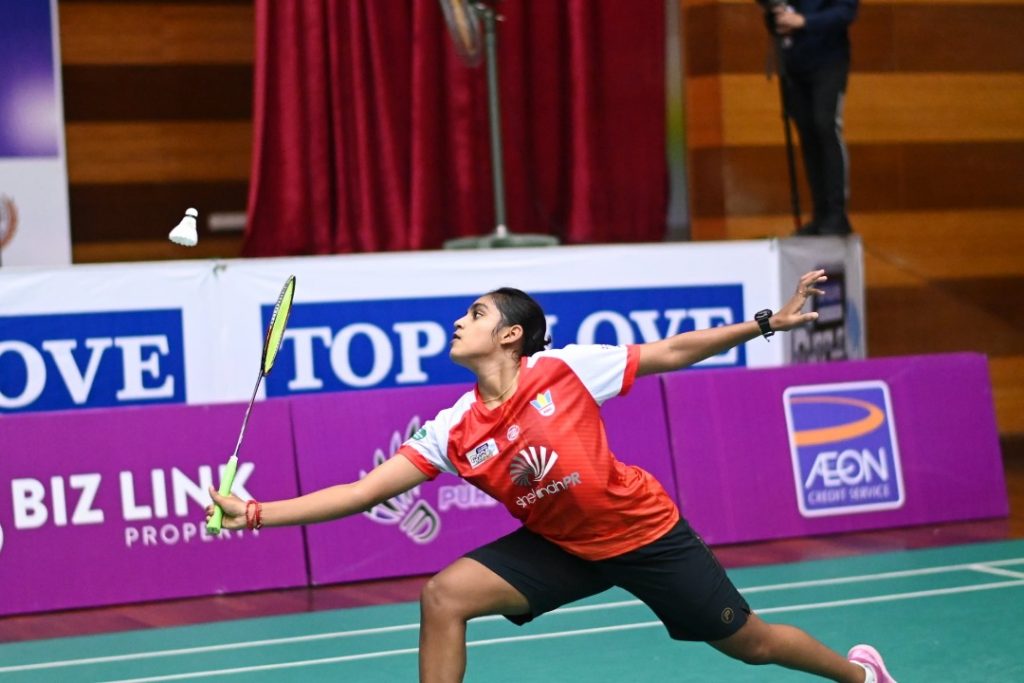 KUALA LUMPUR (13 January 2022): Bagan BC’s top shuttlers are ready for action as they prepare for the second leg of the AEON Credit Purple League Junior 2021/2022 (ACPLJ) scheduled to take place this weekend.

The AEON Credit Purple League Junior 2019 Division 3 Champions will be bolstered by most of the players who competed in the previous edition. With the firepower at hand, they will fancy their chances of booking an early ticket to the grand finale in mid-February.

Founded as an academy under the wings of the Penang Indian Badminton Association, Bagan BC are seen as one of the favourites to clinch the 2021/2022 ACPLJ title this year. However, team manager M. Durairajoo has advised his junior players to remain calm and not take their previous accomplishments for granted.

Leading the club in the 2021/2022 ACPLJ is K. Yeshveenii, who recently competed in the Top Glove Purple League Pro-Am 2021 (TGPLPA). According to the badminton ace who is no stranger to competitive tournaments, “We have been training vigorously and all the players are ready to give our best this year to deliver points for the team”.

The club from the northwest coast will face their neighbours Penang Pesta BC, Setia Alam BC, and Ayer Hitam BC in Group A for the U-18 category.

The ACPLJ will be played over 3 group stages and a grand finale from January to February. A total of 38 teams will be divided into groups and will play on a round-robin format during the qualifying stages.

The top 4 teams from each leg will then proceed to play in the grand finale.

As the first leg concluded last week in Malacca, the second leg of the ACPLPJ will commence at the Sixbase Sport Arena, Kampar from Jan 15-16 while the third leg is scheduled at the Tops Arena Empire in Cheras from Jan 22-23 before the Grand Finale from Feb 19-20. The venue for the final stage has yet to be confirmed.