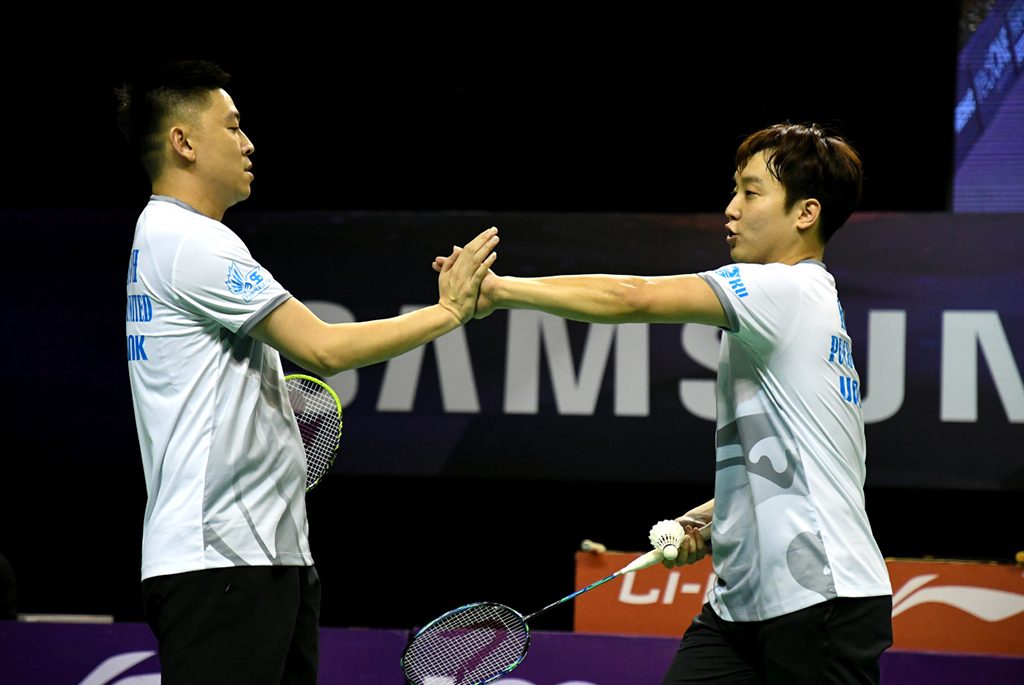 Needing only one point to secure their passage, Lee Cheuk Yiu from Hong Kong duly obliged, winning the second game 11-8 after losing the first 9-11, with the match against Cheam June Wei halted after PUBC reached an unassailable lead of 10-8.

PUBC manager, Irina Inozemtseva said, “Truthfully, this is the toughest SSPL semi-final that we had to face. This happened when we saw Liew Daren struggling with injury and when he lost, the effects were felt by the other players,” she said.

Kepong BC were not given a ghost of a chance against AJBC who won all their seven matches on the trot in Stage 1 thus receiving a bye through to the semis, whereas Kepong BC had to go through Stage 2 and had to overcome Serdang Badminton Club (Serdang BC) 10-4 in the quarter finals yesterday.

But playing an extra game yesterday gave Kepong BC an extra edge today and they duly took advantage, winning four of their matches with an identical 3-2 scoreline, with the final men’s singles not played.

AJBC who ended Stage 1 on top will feel hard done by as they had to do without national men’s singles, Lee Zii Jia and women’s singles ace, Goh Jin Wei who were competing in the Indonesia Masters running concurrently.