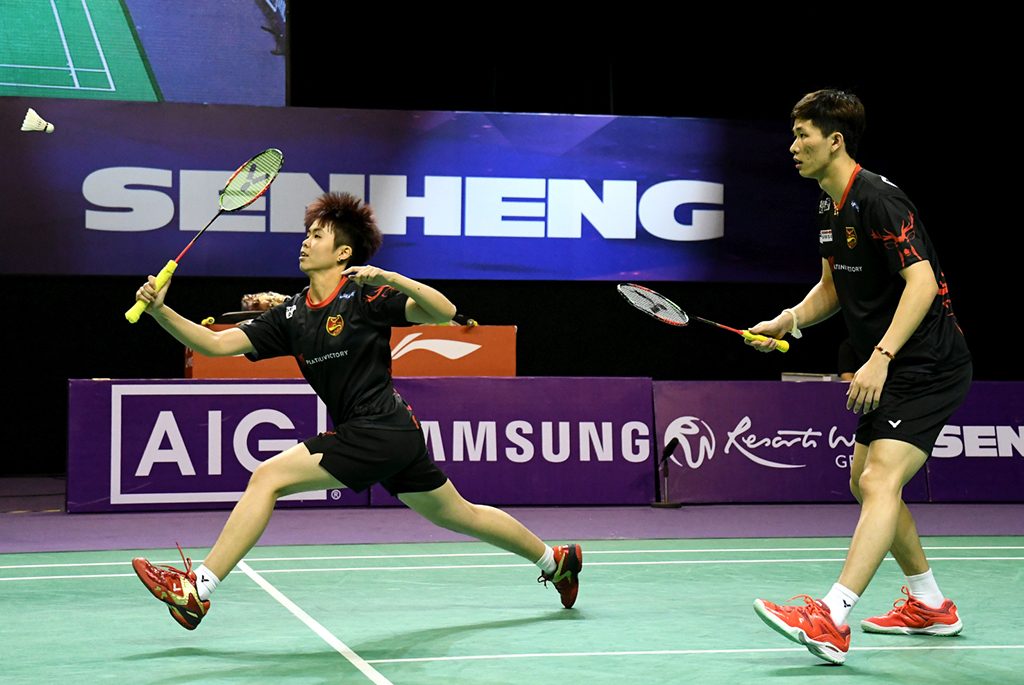 GENTING HIGHLANDS (24 January 2019): Last season’s finalists, Kepong Badminton Club (Kepong BC) and Petaling Badminton Club (Petaling BC) completed the cast for the semi-final line up of the SS Purple League 2018/19 Final Rounds after coming through their quarter final ties at the Arena of Stars, Resorts World Genting today.

They will be joined by defending champions, Puchong United Badminton Club (PUBC) who will play Petaling BC while Stage 1 winner, Ampang Jaya Badminton Club (AJBC) will meet Kepong BC in their semi-final match up tomorrow.

Petaling BC who finished third in Stage 1 did the business against Tebrau City Badminton Club (TCBC), winning 11-6.

Meanwhile, Kepong booked their place in the last four for the second year running, when they disposed of Serdang Badminton Club, 10-4 earlier in the day.

Doubles specialist, Mads Conrad Petersen, who can play in the men’s and mixed doubles was brought in during the transfer window last week and it proved a masterstroke for the team who finished runners up to Puchong United Badminton Club (PUBC) last season.

The lanky Danish player did the business, partnering Wu Qian Qian from China to secure two valuable points in a 2-1 (11-10, 8-11, 11-7) victory over  Malaysian-Chinese pairing, Yap Qar Siong-Liu Lin in the mixed doubles for an unassailable 10-4 lead.

From the quarter finals onwards, ties will end once a team reaches an unassailable lead with Kepong BC marching on to a semi-final match up with undefeated, AJBC who boast a winning streak of seven on the trot during Stage 1.

“I felt at the beginning, we were a bit pressured, maybe Joo Ven wanted the win badly until it backfired on him. But his team mates managed to help him out to win 3-0 and this gave us back the advantage,” said head coach Zakry Latif.

“We will meet Ampang Jaya BC in the semi-finals, a tough opponent and also undefeated. Anyway, we will do our best to try create an upset,” added Zakry of his team who lost 8-10 to PUBC last season.

Having been out of action for four and a half months due to hip injury, this win was a good sign for the 19 year old player who started to attract the attention of the badminton fraternity after winning the gold medal in Asian Junior Championships in 2017.