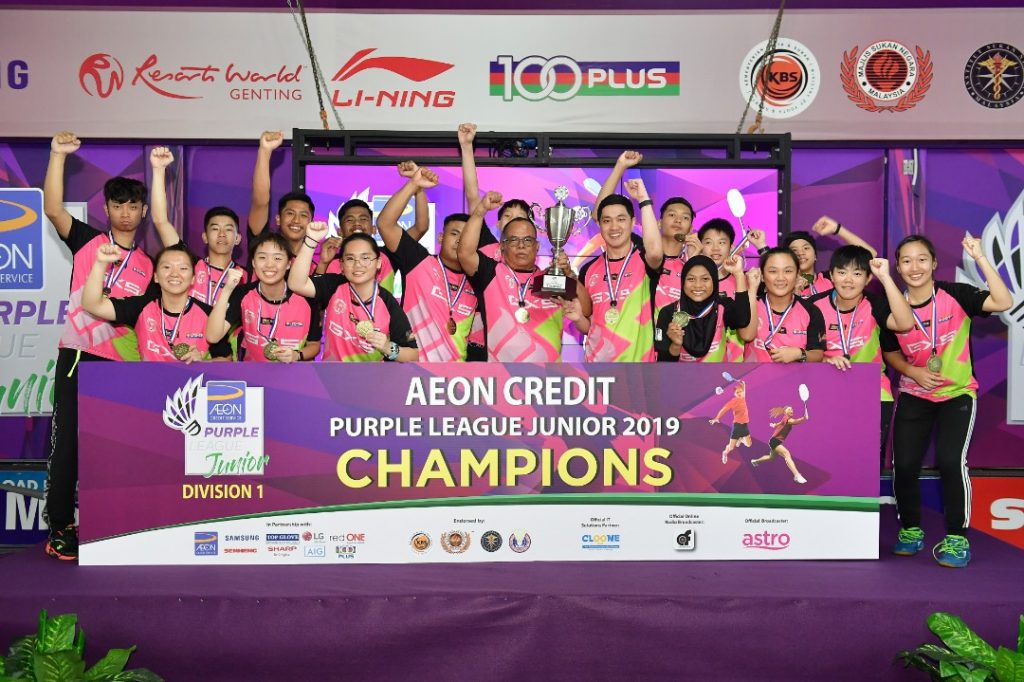 Pahang based side captures Division 1 crown after nervy finish

KSBC who were promoted from Division 2 after emerging runners-up last season, went into the season with minimal expectations led the competition from the start and never looked back since.

Coming into the final leg leading the standings, KSBC proved they were a class above the rest this year when they edged fellow title contenders Bandar Maharani BC (BMBC) 12-8 in the last tie of the season to seal the title.

In the final round of ties, runners-up Kepong BC (KBC) gave the eventual Champions a run for their money after thrashing Petaling BC 13-4 early on to sit briefly at the top before KSBC returned to the summit with a five game advantage after the win over BMBC who ended the season in third.

Needing only a set at this point to clinch the crown, the boys’ doubles pair of Muhd Nurfirdaus Azman-Muhd Afiq Fahmi gave cheer to the Kuantan outfit with their 3-1 success over BMBC’s Lee Yi Bo-Muhd Fazriq Mohd Razif.

KSBC’s coach, Azman Amman said after his side’s victory, “I can only say that teamwork is what brought us this title and I would like to congratulate all my players for their efforts throughout the season to secure this triumph even though it was our first taste of Division 1 competition”.

In Division 2, Ayer Itam BC (AIBC) also maintained their unbeaten record throughout the entire season to be crowned Champions and booked their berth to the Premier division next year.

AIBC overcame Tebrau City BC (TCBC) 12-7 today to preserve their perfect run in the eight team campaign with a 42 games difference and comfortably finishing above second placed Klang Rising BC (KRBC) and Serdang BC (SBC) in third.

Managing Director of AEON Credit Service, Yuro Kisaka said during the prize giving ceremony, “As a corporate company who believes in supporting the growth of the society, we are proud of the new found talents that have been identified through this event. And our only hope is to see that these young talents continue to be developed to greater levels and become world class players and make Malaysia proud.”

The ACPLJ2019 which already saw Bagan BC being crowned the inaugural Division 3 victors in its first leg early last month reached its conclusion today after another successful season providing a platform for up and coming badminton talents to hone their skills.

CEO of Malaysia Purple League, Dato’ Jack Koh also expressed his pleasure at this season’s success. He said, “Badminton is still a powerhouse sport in our country. A total of 79 entertaining matches were played throughout this season involving 22 teams from Divisions 1, 2 and the newly introduced third division. Furthermore, we recorded about 350 registered players including 56 foreign entries for this season.” 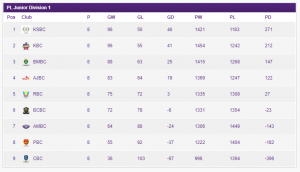 Bukit Cheras BC 8-12 Amanjaya BC

Kepong BC 10-8 Bandar Maharani BC

Kuantan Synergy BC 15-2 Cheras BC

Kuantan Synergy BC 12-8 Bandar Maharani BC

Bukit Cheras BC 9-10 Ampang Jaya BC

Desa Petaling BC 6-10 Klang Rising BC