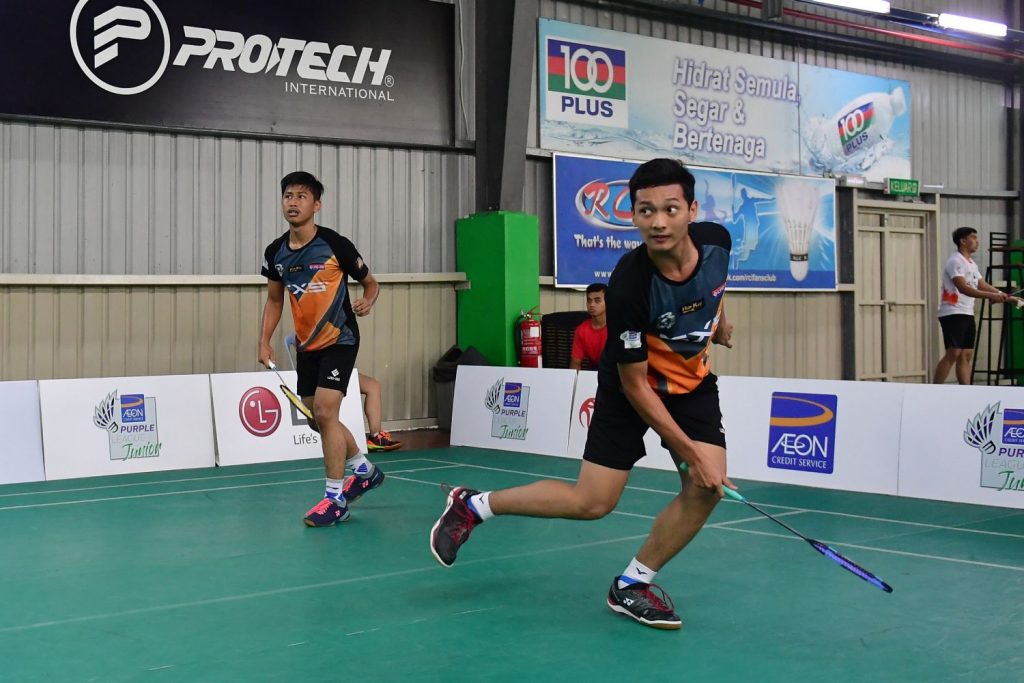 AMPANG (6 OCTOBER 2019): Table toppers, Kuantan Synergy Badminton Club (KSBC) continued where they left off when they again displayed their might, winning all three of their matches as the AEON Credit Purple League Junior (ACPLJ) 2019 Division 1 resumed at The Challenger Sports Centre, Ampang over the weekend.

Hot on their heels are Bandar Maharani BC (BMBC) with KSBC collecting (1051 – 905) set points, maintaining their 100% record after five ties with BMBC collecting (905-754) set points after two victories in the third leg of the season.

KSBC who were promoted from Division 2 after emerging runners up last season, went in to the courts, determined to continue their winning run in Ipoh a fortnight ago, recording two victories over Bukit Cheras BC (9-6) and Rawang BC (11-8) on Saturday before overcoming Kepong BC (11-6) yesterday.

The Kuantan based side, coached by Azman Amman are now in the driving seat to secure their maiden ACPLJ title this season, barring any major upsets in the final round on the 19th to 20th October.

“Actually, I am very proud of the revival showed by boys’ singles, Chia Jen Hong after he lost in the game against Bukit Cheras BC yesterday. I was also confident of the capabilities of our girls doubles pair, who contributed points to our team,” said Azman when met after the game against Kepong BC.

“I am proud of the boy’s doubles performance who have fought tooth and nail on court to ensure that we have won all the ties in Ampang,” he added.

In Division 2, Ayer Itam BC also maintained their unbeaten record after overcoming Serdang BC and PGBC in tight affairs while Klang Rising BC are also in contention for the two automatic slots to Division 1 next season after finishing this leg in first and second respectively. 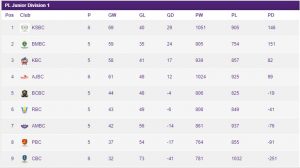 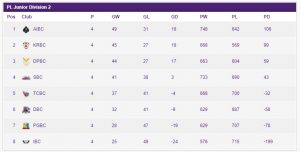 The ACPLJ 2019 will reach its climax when all the teams reconvene on the 19 & 20 October at Sports Arena Sentosa.