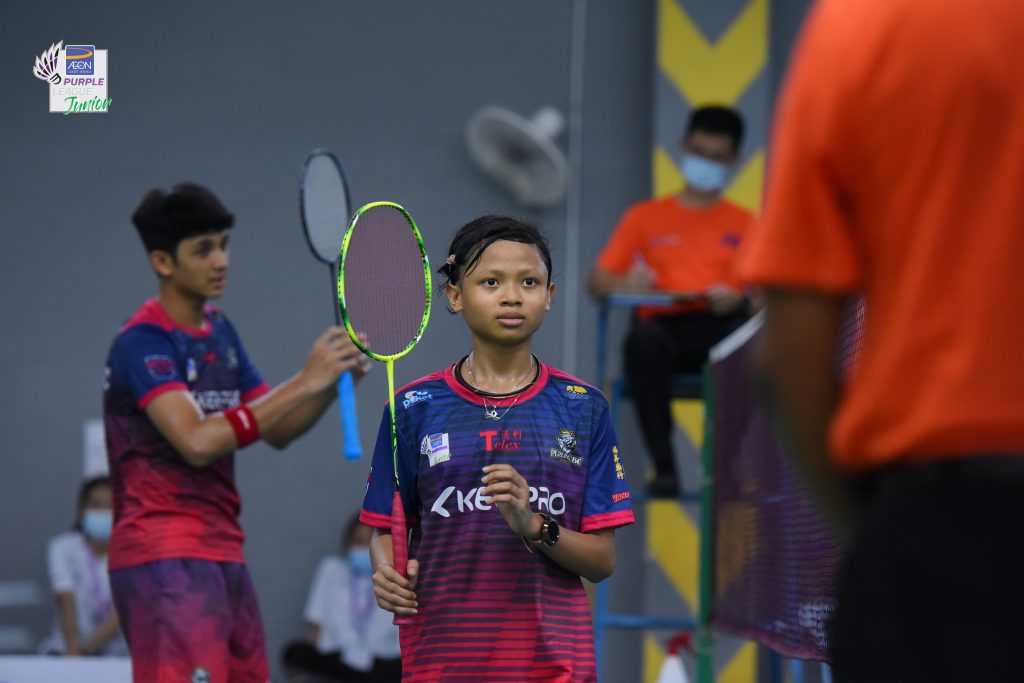 PETALING JAYA: Remember this name Dania Sofea Zaidi. The petite 13-year-old lass looks destined to become a darling to badminton fans in the near future.

Dania, a Form Two student at SMK (P) Sultan Ismail, Johor Baru, was hogging the limelight in age-group tournaments when the Covid-19 pandemic smashed aside her aspirations.

She is arguably the best Under-14 girl’s player in the country at the moment going by triumphs in singles and doubles in the first leg of the National Junior Circuit last year.

If that’s not convincing enough, Dania won the Under-15 title at the Purple League Junior tournament last month.

In 2019, Dania was the undisputed national Under-12 champion, sweeping both the National Junior Grand Prix Finals and the National School Sports Council (MSSM).

“Sofea’s certainly the one to beat in her age group in the country right now, ” said her father Zaidi Mohamed, a teacher at the SK Skudai.

“Unfortunately, due to Covid-19 there’s no tournament for her to prove her worth in the last one year or so. But she’s on the par with the best Under-15 girls in the national junior team.

“She has no problem keeping up with players aged 17 or 18. That’s why it’s a bit tough to find someone to spar with her. We even resorted to getting ‘uncles’ in their 30s or 40s to help with her training.”

Zaidi said he’s looking forward to gauging his daughter performance at the international stage when the Asian Under-15 and Under-17 Championships return to the schedule in future.

“We’re targeting Sofea for the Asian meet next, it will be interesting to see how she stacks up against the best in the continent, ” said Zaidi.

“She did win a tournament in Singapore once where she defeated five Chinese opponents. Although these are club-level players, they are all formidable competitors.”

Zaidi said Dania received an offer to join the national junior squad but the time is not right to accept the offer.

“We wanted to oversee her development on our own first. She’s currently training under experienced coach Albert Lim at the Alberts Sports Badminton Academy, ” explained Zaidi.

“She has been training under him for almost seven years now, and her progress speaks for itself. We will eventually let her join the national team, probably in two years, once she’s ready and independent enough. It’s just that we want to prep her with a solid foundation, mentally and physically.”

Zaidi said Dania, who scored 4As and 1B for her UPSR, is known as the ‘cili padi’ to many as she wows the crowd with her deft skills and court movements.

“She would jump, dive and even play a lot of deceptive shots and it is always delightful to watch.”

Zaidi recalled how Dania was hooked on badminton at the tender age of four.

“I was a former sepak takraw player and I noticed how she loves sport and was good at kicking the rattan ball around. I managed to convince her to play badminton instead and it has certainly been good for her.“By eight, she has started winning titles. At 10, she had to actually play in the boys’ category because no one can compete with her.

“Sofea is indeed gifted and is meant for badminton. It’s our hope to see her realise her potential to become a world and Olympic champion one day.”