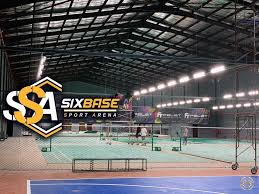 PETALING JAYA: The Purple League Junior (PLJ), which was halted last October, is set for a restart at the Sixbase Sport Arena in Kampar, Perak, on March 31.

However, the tournament will start afresh with all previous results and progress made by participating teams prior to the suspension being declared null and void.

Apart from being shortened to four days, the PLJ will now be played in an individual knockout format.

It features five events each – boys’ singles, boys’ doubles, girls’ singles, girls doubles and mixed doubles – for both the Under-18 and Under-15 categories.

The players will earn points for their teams based on the performance in the event they take part in.

Three points will be awarded to the champions, followed by two and one each for runner-ups and semi-finalists.

The club with the highest cumulative score will be the overall champions.

Besides helping their clubs to win the competition, there’s an added incentive for the Under-18 shuttlers as winners of all five categories will earn an invitation to an intensive training camp run by the Badminton Association of Malaysia.

The PLJ was initially slated for Oct 3-Nov 22 with 40 teams in four different regions – Port Dickson, Ipoh, Puchong and Muar.

The top four teams in each city will make up the 16-team line-up for the Grand Finals.

However, only the first region challenge was completed in Port Dickson before a nationwide surge in Covid-19 cases forced the tournament to be suspended.

Malaysia Purple League chief operating officer Ho Khek Mong said: “It’s not easy to get back into the game.

“Since last year’s tournament in Port Dickson, we have postponed the competition several times before we can now resume, five months apart.

“In order to avoid another postponement, we had to change the game system.

“Since the pandemic situation has improved, it is better to complete this league quickly than playing a wait-and-see game.”