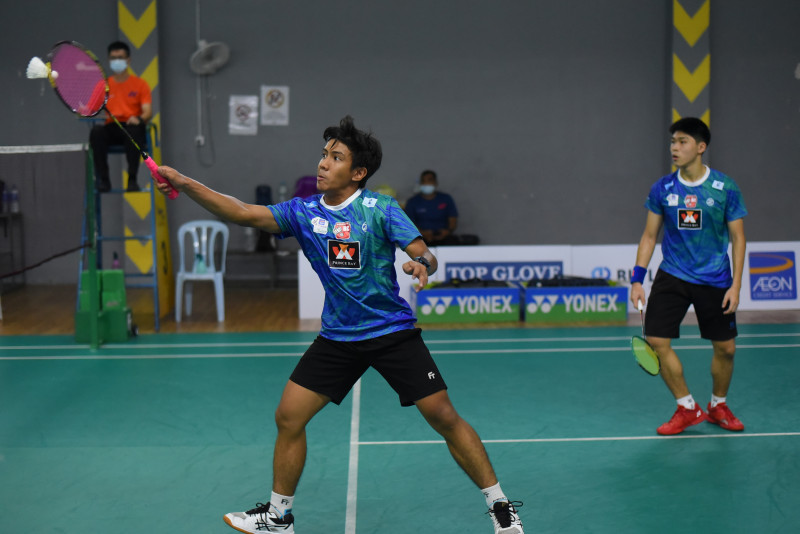 KAMPAR –  The AEON Credit Purple League Junior 2020 entered the third day of competition with the Under-15 women’s singles top seed Sarah Ngu Xian Meow from Cheras BC advancing to the last eight with a 3-1 victory over teammate Nurul Athirah without much trouble.

Sarah, who stands at an impressive 175cm, was satisfied with her performance playing against her teammate whom she is familiar with.

“I haven’t played competitively in more than a year and hopefully with more games, I can get back in shape,” said Sarah, further adding “Being ranked the No. 1 seed definitely puts me under pressure, but I’m confident of winning the title.”

The 18-year old women’s singles top seed Isabel Liau Bei Yi of the AKBC also managed to live up to her seeding and advanced but was stretched to five games before winning the gruelling match 11-7, 10-11, 8-11, 11-5, 11-4 against the powerful Aman Jaya BC’s Teoh Ju Kee. It was double joy for Isabel Liau who also advanced to the last eight in the mixed doubles.

“At first, I was not in control of the match. But when the coach reminded me to buck up, I followed his advice and successfully countered my opponent.”

She now intends to play true to form from the start in the next match and reduce errors and move on to win the title.

In a another Under-18 match Tan Yan Yi of Serdang BC comfortable won 3-0 against her opponent from Jelutong BC, powering through the first game with an 11-0 win and advancing into the last eight where she will face Arieesya Sofea of Bangi City BC.

The quarter-finals will be played tomorrow while the semi-finals and finals will take place on Sunday. – Purple League, April 2, 2021