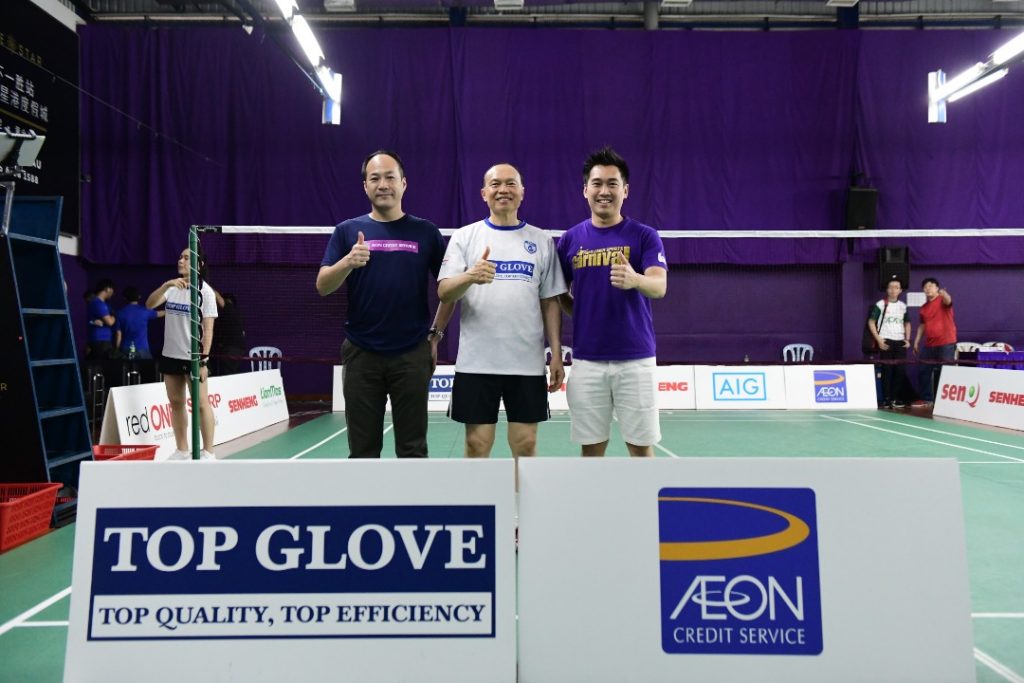 
KUALA LUMPUR (10 NOVEMBER 2019): The inaugural Senheng Purple League Corporate (SPLC) season kicked off over the weekend at Sports Arena Sentosa with plenty of spills and thrills, providing fantastic entertainment to all those in attendance including families and fellow colleagues.

At the end of the first two matchdays, Top Glove have emerged as the early pacesetters after notching two consecutive wins, firstly 9-6 against AEON Credit Service on Saturday and 13-5 when they faced OPPO today.

Known for being a leading rubber gloves manufacturer, Top Glove impressed early on today by racing to a 9-0 lead against OPPO thanks to straight sets wins in the men’s singles, women’s doubles and mixed doubles respectively.

With the tie secured, Top Glove’s Executive Chairman and Founder, Tan Sri Dr. Lim Wee Chai joined in the fun when he teamed up with Muhd Mubin Shafiq Mattar in the men’s doubles 2 (combined age of 80 & above) although going down 1-3 to OPPO’s pair of Chick Choon Fai-Chick Choon Meng.

Top Glove’s team manager, Howard Wee Hiong Ching said after today’s victory, “Although we only targeted to be the best two in the group initially, results so far have been very convincing and is enough to make us believe that we can challenge for the title.”

Howard added, “Our team consists mainly of our staff which coincidently include a few former national, state and district players. Even our Executive Chairman, Tan Sri Dr. Lim used to be a former district player hence the commitment and passion our company has for this sport. We have been preparing for this tournament with training sessions twice a week on a consistent basis.”

Team AIG joins Top Glove at the top of Group B, collecting 22 points (game wins) as well after their 9-7 victory over AEON Credit Service to set up a top of the table clash in the next round of ties.

In group A earlier today, LionMas also made it two wins out of two after defeating Pensonic 11-2 to close in for a semis spot following yesterday’s 11-6 victory over redPHOENIX. They lead the standings with 22 points. The second and third spot in the group currently belongs to Pensonic and redPHOENIX respectively with both teams sharing the same points and followed closely by senQ in fourth, trailing by only a point.

The top 2 teams of each group will qualify for the semi-finals and ultimately seal a berth to contest the Final showdown towards claiming bragging rights and a playoff spot for a chance to qualify for the next edition of Malaysia’s elite professional badminton league – the Purple League in 2020.

The round-robin ties of the SPLC2019 comes to an end next Saturday (16 Nov) to determine the final four before the semis and final take place on Sunday (17 Nov) at Sports Arena Sentosa where the inaugural Champions of this landmark edition will be crowned. 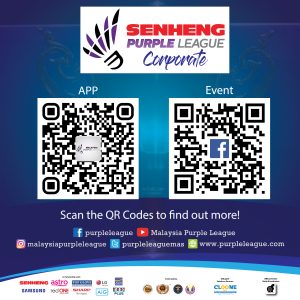