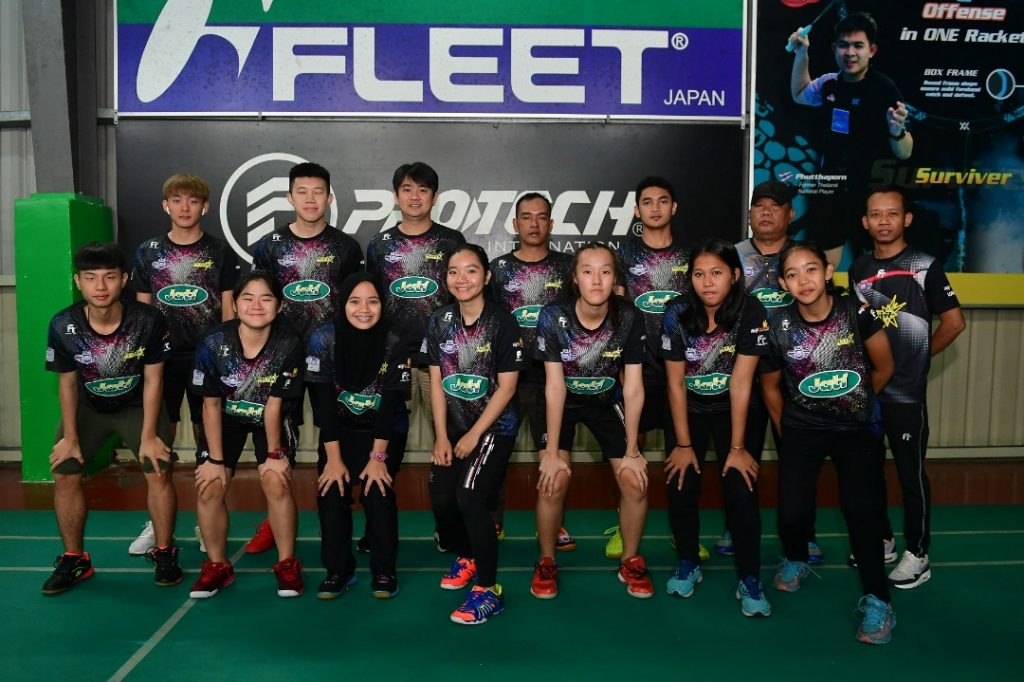 ACPLJ2019 living up to its vision statement

KUALA LUMPUR (30 SEPTEMBER): At the midway point of the AEON Credit Purple League Junior (ACPLJ) 2019, the fifth season has certainly lived up to its vision statement of unearthing exciting new young badminton talents in our country.

This was evident after the climax of Division 3, which saw all the clubs parading talents fully honed by their club’s coaching staff, ready to take on all comers.

The ACPLJ2019 kicked off on 7-8 September with Bagan Badminton Club (BBC) emerging champions of the inaugural Division 3 which was introduced this year to complement the existing Division 1 & 2.

BBC which is guided by coaches, Alif Razlan and Janu Saputra from Indonesia was filled with the emerging talents of girls singles shuttler, Yeshveeni Kalaiselvan who led the way by winning all five of her matches.

She also had time to do double duty, partnering either Panimaller Balan or Shalini Ravikumar to devastating effect in the girls doubles. Boys singles shuttler, Shaarveen Muniandy was also another stand out performer for the Penang based side, ending the tournament with a clean sweep after achieving victory in all five of his matches.

The Division 3 was made up of wholly club based players, not affiliated with the Badminton Association of Malaysia (BAM) or Bukit Jalil Sports School (BJSS). For Division 1 & 2, all the clubs are allowed to field players from BAM and BJSS.

Based on the registered players, an impressive 80% of the shuttlers representation are from the clubs while the remaining 30 sees 17 from the national body and the remaining 13 are from BJSS.

Division 1 & 2 began with much fanfare on the 21st to 22nd September as Kuantan Synergy Badminton Club (KSBC) emerged as surprise leaders of the premier division with Ayer Itam Badminton Club (AIBC) poised to grab one of the automatic promotion slots after ending the weekend, top of Division 2.

What is remarkable is the fact that KSBC, who were promoted from Division 2 as last season’s runners up, had gone through three of their matches without their BAM or BJSS players as they were away participating in international satellite tournaments.

Even without their stalwarts, they proved that they are certainly a force to be reckoned with as they upset the form book, defeating last season’s runners up, Ampang Jaya BC (AJBC) 12-8 in their final match of the opening leg, to follow up from their two victories against Petaling BC (12-8) and Division 2 champions, Amanjaya BC, 13-6.

Coach, Azman Amman was obviously delighted with his chargers performance which puts them in good stead for the remaining two legs.

“My players showed good team spirit to upstage the other more fancied teams in Division 1.”

“With the return of Siti Nurshuhaini Azman (girls singles) who is away due to another engagement, we are hoping to maintain our performance when the league resumes in early October,” he added.

Muhd Nurfirdaus Azman and Hsu Yin Hui-Sung Yi Hsuan was certainly the toast of the team as they won all three of their matches to show that KSBC will not be pushovers when they face defending champions, Bukit Cheras BC (BCBC), Rawang BC (RBC) and the team hot on their heels in second place, Kepong BC (KBC).

With a perfect 100% record of three wins on the trot, KSBC have accumulated (571-479) points and looking to continue their winning streak going into 3rd leg of ACPLJ which will resume next weekend.

Meanwhile, Division 2 leaders, AIBC recorded 2 wins out of 2 matches and scored (378-293) points as for the last week matches.

In this division, almost 83% of the shuttlers representation are from the clubs with a total of 101 club based players, 9 from BAM and the remaining 12 players from BJSS.

The ACPLJ2019 will continue on 5th & 6th October at the Challenger Ampang before its decider leg at Sports Arena Sentosa over the weekend of 19th & 20th October 2019.

Standing at the forecourt of all endeavours is the Malaysia Purple League, thus named due to purple long being a symbolic colour associated with royalty, power, and courage. It’s an initiative that provides players of all levels, both professionals and amateurs, with an opportunity to gain invaluable competitive experience, and which concurrently engages retired national greats to guide and inspire a new generation of champions.
————————————————————————————————————————–

AEON Credit (M) Berhad (“AEON Credit” or the “Company”) was  incorporated on 6 December 1996 and was converted into a public limited company on 9 February 2007 and listed on the Main Market at Bursa Malaysia Securities Berhad on 12 December 2007. AEON Credit commenced operations in 1997 by providing Easy Payment schemes for purchase of consumer durables through appointed retail merchants and chain stores.