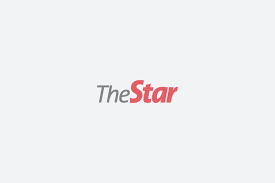 PETALING JAYA: Four foreign clubs are set to participate in the Malaysia Purple League (MPL) when the tournament makes a return this year.

The league would remain an eight-team competition with the four foreign clubs taking part for the first time.

But it remains to be seen if the organisers could roll out the sixth edition of the tournament as planned this May after the second movement control order (MCO) was imposed since early last month to curb the spike in Covid-19 cases.

But MPL chief operating officer Ho Khek Mong is confident of holding the event at some point this year.

“We intend to make things more interesting by inviting several foreign clubs – making it Malaysian clubs going up against the internationals, ” said a buoyed Khek Mong, after receiving RM150,000 in sponsorship from LG Electronics yesterday.

“When we first put forward this proposal, clubs from China, Thailand, Taiwan and Indonesia were interested.

“Some of the clubs we approached have already agreed to participate, but of course we have to put everything on hold following the MCO.

“We will speak to the teams again when we can confirm a date. Also, we’re still awaiting the government’s SOP on organising international tournaments.

Asked if the foreigners’ involvement would deny local professional shuttlers an opportunity to play in the league, Khek Mong said: “We will enforce a rule that makes it compulsory for the clubs to fill up their team roster with a full local line-up, including their professional players. This applies to the foreign teams too, for instance if the club is from Singapore, then they must enter a team made up by all Singaporean players.”

The MPL staged their fifth edition two years ago and gave the 2019-2020 season a miss as most players were involved in the qualification campaign for the 2020 Tokyo Olympic Games.

It could not be held last year either due to the Covid-19 pandemic.

Despite the difficulties the MPL organisers made an encouraging comeback by successfully staging the RM100,000 Top Glove Purple League Pro-AM individual championships in December.

Their next focus will be on resuming the Purple League Junior (PLJ), which was suspended in October last year.

They managed to run only the first regional challenge in Port Dickson.

This edition is unique as it is held in four locations with the next three slated in Ipoh, Puchong and Muar. The top four teams in each city will make up the 16-team line-up for the Grand Finals.