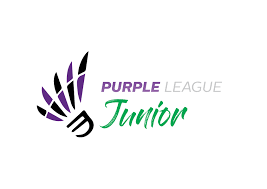 Following the continuous reduction in the daily recorded cases of COVID-19, the AEON Credit Purple League Junior 2020 (ACPLJ 2020) will resume end of this month for a period of 4 days, from March 31st to April 3rd.

The tournament to be held in Kampar, Perak, which is under the Recovery MCO phase will see the participation of approximately 400 players under the age of 18 from 40 clubs across the country.

The club with the highest cumulative score will be the overall champion. If two or more teams end up with the same points, the winner will be determined by the one having the highest number of winners.

In addition to prize money for runners-up, semi-finalists and the overall champion team, the Under-18 champions will also be recruited to participate in an intensive training course hosted by the BAM.

The AEON Credit Purple League Junior 2020 (ACPLJ 2020) was originally scheduled to be held in October and November last year in four regions – Kampar, Muar, Port Dickson and Puchong where each region is represented by 16 winners from Group A & B who will battle out for the championship title in the finals in Putrajaya.

Nevertheless, the suspension of all sporting activities in the country in the wake of the coronavirus outbreak at the end of last year meant that the ACPLJ 2020 had to be postponed indefinitely.

This time around, with the lockdown relaxed, the Malaysia Purple League is returning to complete the ACPLJ 2020 run. As always, the organizer will strictly adhere to the standard operating procedures set by the government, including isolation of players, measurement of temperature before entering the stadium, no contact with the outside world during the game, no spectators, regular disinfection every day and social distancing, in a bid to ensure that the welfare and well-being of all players, officials and staff personnel are prioritized.

“It’s not easy to get back into the game,” said Ho Khek Mong, Chief Operating Officer of Purple League. “

Since last year’s tournament in Port Dickson, we have postponed the competition several times before we can now resume, five months apart. In order to avoid the postponement of the tournament again due to outbreak, we had to change the game system. Since the pandemic situation has improved, it is better to complete this league quickly than playing the wait-and-see game.”

“I hope the younger generation of players will cherish this rare opportunity to play and prove themselves, and I hope the audience too, will give us their support. Please remember to follow our official Youtube channel.”

The annual Purple League Junior (PLJ) Competition has entered its sixth year. Its purpose is to search for new young talents and provide a platform for promising youth to showcase their talent, gain competitive experience, and build confidence in badminton.

AEON Credit Service (M) Berhad has merged in as the main sponsor for the Purple League Junior for three years since 2019 as part of its corporate social responsibility in developing the local talents.